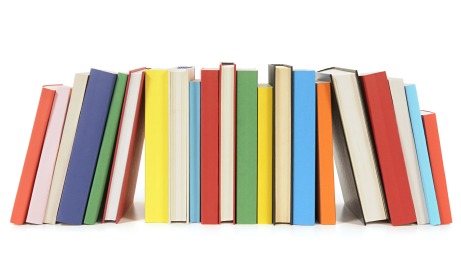 I’ve been thinking for a couple of days about the first post I should write on this blog. Should it be a favourite list? A review, straight away?

And then I thought: it’s June. It’s time for the Mid-Year Freak Out Book Tag! What better way to give you an idea of what I’ve been up to until now, and my reading taste? So let’s get into it!

Probably The Wolf and the Whale by Jordanna Max Brodsky. I still think about this book, even months after reading it. I mean, I read it back in January, and I still remember the protagonist’s name. That has to count for something, right?

But also, Middlegame by Seanan McGuire, and The Luminous Dead by Caitlin Starling, and The Dispossessed by Ursula K. Le Guin. And there are so many more…

What has been your favourite sequel of the first half of the year?

Red Seas Under Red Skies by Scott Lynch. It took me years to gather the courage to continue this series, and boy was it worth it. I love Locke and Jean. I could read a book about the two of them going grocery shopping, and I would love every moment of it.

Is there a new release that you haven’t read yet but you’re really excited to?

The only thing that’s stopping me from picking this up is the fact that it’s YA, and I haven’t been too lucky with the genre this year.

What is your most anticipated release for the second half of the year?

If I had to choose only one, than it’s The Tyrant Baru Cormorant by Seth Dickinson. It’s the third book in The Masquerade series. True, I only read the first one for… reasons, I guess, but it’s one of the best books I’ve read in the past few years and I don’t understand how I never hear anyone talk about it. Don’t worry, I mean to rectify that. You’ll hear about it quite a lot.

Honourable mentions: Ten Arrows of Iron, by Sam Sykes, and The Devil and the Dark Water by Stuart Turton. I loved his first book, The Seven Deaths of Evelyn Hardcastle, and I hope his second one will not disappoint.

What is your biggest disappointment so far?

Gods of Jade and Shadow by Silvia Moreno-Garcia. I had such high expectations for this one, and I found myself pushing through just to get to end and be able to forget about it.

What is your biggest surprise so far?

The Kingdom of Back by Marie Lu.

I was not prepared for just how much I would love this book. It reads like something in between a fairytale and a historical fiction, and I absolutely adored it.

Who is your favourite new to you or debut author?

If I don’t want to repeat myself, I would say Nghi Vo. Empress of Salt and Fortune was a delight to read, and proof that you don’t need a thousand pages to tell a satisfying story (I’m talking to you, Steven Erikson).

But also Jordanna Max Brodsky, Caitlin Starling, and I will keep an eye on a couple others that I believe have a lot of potential.

What is your favourite fictional crush from this year?

I don’t really crush that often on fictional characters, and I don’t believe I read any that reached that level for me this year (yet).

The closest one, though, is probably Augustus Everett from Beach Read by Emily Henry.

What is your new favourite character?

The protagonist from Prosper’s Demon by K. J. Parker. He doesn’t even have a name, but hey, who am I to judge?

A book that made you cry?

Confession time: I cry often. If there’s a touching scene in a book, you can bet my eyes will at least water – unless I hate the characters involved and I think they deserve it. I rarely sob, though, and my tears are short-lived.

Now let’s talk about Wildfire by Carrie Mac. Honestly, I don’t even remember if I actually cried, but i was devastated by the end and I think that counts more than a couple of tears. Don’t let the pretty cover fool you. I went in expecting a friends-to-lover kind of story, I came out broken. I’m still upset about it.

A book that made you happy?

Tess of the Road by Rachel Hartman. I picked it up on a whim, not really knowing what to expect, and I loved it. It’s a quiet kind of book, slow if you will, but it’s touching and wholesome and I loved seeing how much Tess grew as a person throughout the novel.

Your favourite book to movie/tv show adaptation that you’ve seen so far?

I don’t watch that many adaptations, to be honest. The Witcher is on my list, but I want to read the books first, so it’ll have to wait a bit longer. The only one that comes to mind is Game of Thrones season 8, and let me tell you, it was hardly my favourite, but quarantine hit and I had to pass the time somehow. I’m not even sure if it counts as an adaptation, to be honest, as the books haven’t been written yet. So… let’s skip this one?

What is your favourite post that you have written so far this year?

This is the one and only post I’ve written, so… Well, at least one question was easy.

What is the most beautiful book that you have bought?

I haven’t had the chance to buy as many books as I’d love to this year – I mostly read ebooks, as it is – but I love this edition of The Night Circus by Erin Morgenstern that I put my hands on a few weeks ago.

What is a book that you want to read before the end of the year?

Just one? Aside from the sequels of the million series I’m in the middle of, I would say everything written by Ursula K. Le Guin, especially her Sci-fi stuff. Can’t really narrow it down more than this.

So this is it, my 2020 Mid-Year Freak Out book tag! Let me know if you’ve read any of the books I mentioned, and if you agree or not. What was your favourite book so far?