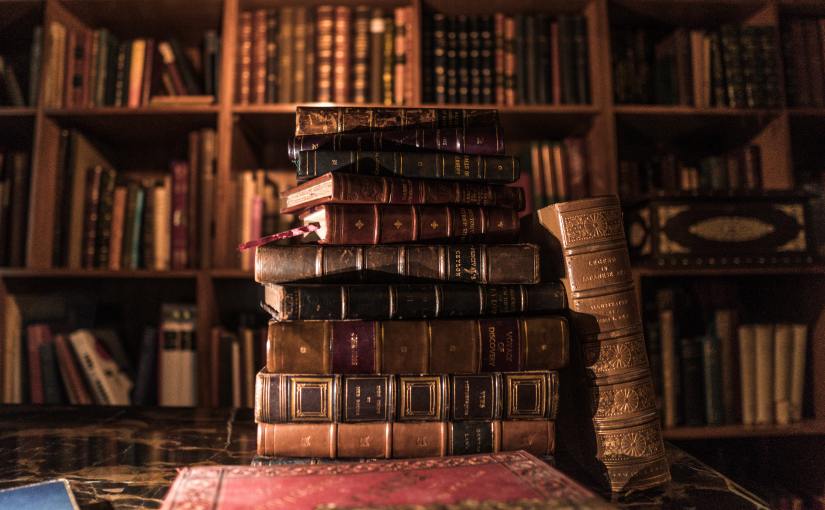 How is it already the end of the month again?

I have read a little less than usual this month, mostly because I started a new job and that took away a lot of time and energy. I still managed to finish seven books, so all in all I’m happy with that. I read a YA historical fiction, a fantasy novella, a sci-fi novella, a mystery novel, a Booker Prize winner and two non-fiction books. So let’s just get to them, shall we?

Major Archer travels to Ireland after the end of WW1 to finally meet the woman who might, or might not, be his betrothed. What he finds upon arrival is someone who he can’t recognise, an old hotel invaded by plants and falling to ruin but still full of guests, and the struggles of Ireland to free itself from British control.

This was so much fun and I was pleasantly surprised by it. I was expecting a pretty long read – considering the page number – but it actually went by much more quickly than I imagined, thanks to the author’s easy style and humor. It’s not a book for the reader in search of action, but it’s a beautiful exploration of a character thrown in situations that border the absurd. Really liked it.

When the Tiger Came Down the Mountain by Nghi Vo (2020)

The cleric Chih is travelling again collecting stories, this time through the mountains. But when they get cornered by three tigers along the way, a story might just be what saves them from becoming the next item on the menu.

This is the second novella in the Singing Hills Cycle and it’s just as beautiful as the first one. Nghi Vo manages to paint a rich and interesting world while also delivering a poignant story about storytelling, and how stories change and evolve depending on who’s telling them. Super-recommended.

Smoke Gets in Your Eyes: And Other Lessons from the Crematory by Caitlin Doughty (2014)

Caitlin Doughty recounts her experience working in a crematory when she was young. The anecdotes about people and events slowly morph into a reflection about death and the role it has always had in our life as human beings. Super interesting also the snippets about the funerary rituals of people in different regions and times, and how each of them deals with this last step in a different way.

The Devil and the Dark Water by Stuart Turton (2020)

Samuel Pipps, the greatest detective in the world, is being brought to Amsterdam to be executed for a crime he may, or may not, have committed. With him is his friend and bodyguard Arent Hayes, who is determined to prove him innocent. But after setting sail, strange events start to take place on the ship and whispers of a devil surface among the crew. With Pipps imprisoned, it falls to Arent to solve this mystery, before something goes really wrong.

This was a fun read, but at the same time I was expecting much more after reading the author’s previous work, The Seven Deaths of Evelyn Hardcastle. I just found it to have too many povs and too little depth, but it was enjoyable nevertheless.

Temples, Tombs and Hieroglyphs: A Popular History of Ancient Egypt by Barbara Mertz (1964)

I listened to this audiobook during my commute, and it was extremely interesting and chock full of information. Probably too much to really retain a lot considering I read it in bits and pieces while checking the bus stops, but it was super informative and it gave me a pretty good idea of just how much I didn’t know about ancient Egypt. I’ll definitely read something else about the topic soon, possibly focusing on a shorter period of time or a specific aspect of the culture.

The Magnolia Sword: A Ballad of Mulan by Sherry Thomas

Mulan has been dressing as a man and training all her life for a duel that will decide which family gets to keep two heirloom swords until the next generation comes to age to duel for them again. But when the emperor comes calling to fight against Rouran invaders, Mulan knows that she has to go in order to protect the rest of her family. Thanks to her martial arts training, she is soon chosen to be part of an elite group and will have to face Rouran spies, palace conspiracies, and her own past before the end of it all.

This was such a nice surprise! I’ll admit I went into it with very little expectations: I always had a conflicting relationship with retellings and YA in general, so the fact that I enjoyed it so much it’s definitely refreshing. Not a perfect book by any means, but one of the best YA I’ve read in a while, with empathetic characters, action, and an interesting plot overall.

Since humans came in contact with the Seep, everyone can understand what everyone else – and everything else – is feeling; people are able to pursue their favourite activities thanks to the fall of capitalism, and everyone can modify their appearance as much as they like. Trina is happy with her life in this almost-utopia, until the day her wife confesses that she wants to be reborn as a child, and Trina is left to grieve and try to find a new purpose to her life, and realise what it means to be human.

This was… not what I expected. I went in imagining a more sci-fi driven story, but aside from the presence of the Seep, the core of the story is Trina dealing with the loss of her wife and learning how to go on after such a devastating event.
The book is actually a beautiful exploration of grief, but as I went in wanting aliens, it didn’t quite have on me the impact that it was supposed to have. It was still an interesting story, just not what I was looking for.

I should have a review up for this one in the next couple of days, as well as a post with my reading stats for the year (for people who like pointless statistics and numbers like me).

So that’s it for December as well! I’m in the middle of another book as I’m writing this, but at this point I’m pretty sure I won’t be able to finish it before the end of the year. At least it takes off the pressure of choosing the first book I read in the new one!

What did you read this month? Have you read some of the books on my list, and if so, what are your thoughts about them?