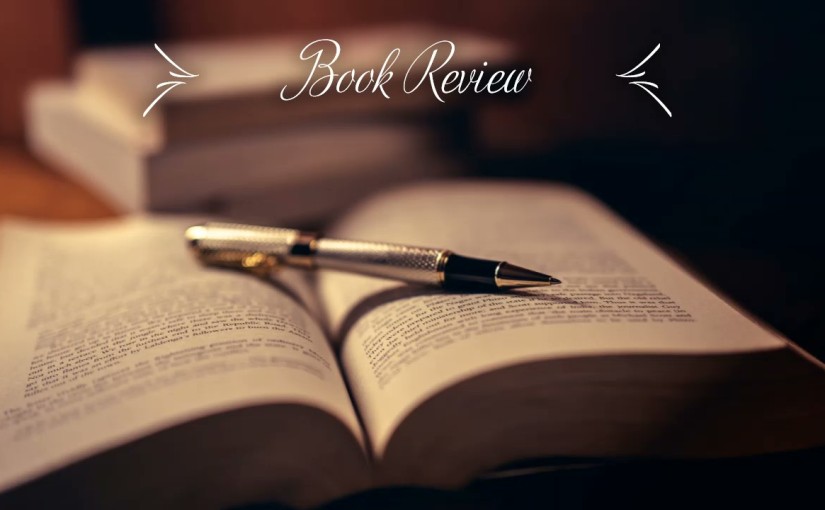 Title: The Eye of the World

Series: The Wheel of Time #1

The Wheel of Time turns and Ages come and go, leaving memories that become legend. Legend fades to myth, and even myth is long forgotten when the Age that gave it birth returns again. In the Third Age, and Age of Prophecy, the World and Time themselves hang in the balance. What was, what will be, and what is, may yet fall under the Shadow.

Rand Al’Thor knows little of the world outside of the Two Rivers, where he tends sheep with his father Tam. Until the eve of the Winternight Festival, when Trollocs and Fades attack his village, and he’s forced to leave together with his closest friends in a flight that might save their lives, or deliver them into the clutches of a different kind of danger.

It took me ages to get to this very famous, very long series. While I grew up reading and rereading Lord of the Rings – which, speaking about it, I believe is due for a reread – I always left The Wheel of Time on the back-burner. I justified it by saying I was not in the mood, or I needed to have a lot of spare time to dedicate to it; the truth is, I was simply daunted by the sheer size of it. With 14 volumes and one prequel book, it’s one of the longest fantasy series out there, with a total of about 12,000 pages – that is, about a fourth of what I read in total during 2020. It’s a big commitment to say the least.

So how did you end up picking it up now? I hear you ask. Well, I was craving a classic fantasy adventure and wanted to be lost again in a new, huge world. And from this point of view, Jordan delivered. But let’s proceed with order.

The plot is pretty basic: the characters are your normal young men, living their simple lives in a village at the edge of the realm, until the villain’s troops come looking for them and set the plot in motion. Now our protagonists need to run, because there’s only one place on the map that will keep them safe from the clutches of the Dark One. Guiding them are a powerful mage and a taciturn warrior. Sounds familiar yet? If I wanted to, I could use the same exact paragraph to describe the first half of The Fellowship of the Ring.
And yet Jordan succeeds in weaving a story that, despite following some common tropes of the genre, still manages to be interesting and not entirely predictable. Well, some things are predictable, but still.

We spend the majority of the book following the characters as they travel from one point of the map to the next, encounter some trouble, and escape at the last moment. Rinse and repeat a few times, and you get a pretty good idea of what you’re getting yourself into.
It gets slightly better after the group is separated, which allows the reader to follow another two perspective aside from Rand, the main character. We also get to see a bit more of the world, but at times it felt like the reason for all the wandering around was exactly that: a way to show more of the world. I don’t really mind that much – I love an extensive world-building – but I feel like the novel could have cut a few hundred pages without losing too much substance.

The end picks up nicely, though, and even though we end up going to a place that was not even mentioned for most of the story, I did really enjoy it.
I also liked the way the author narrates some events throughout the novel, without explaining to much.Way too often authors – especially in the fantasy genre – feel the need to over-explain themselves, and it just becomea annoying after a while. Jordan seems to trust his readers to fill in the small gaps he leaves, and I found it refreshing.

The prologue is an example of this: the events described remain kind of obscure until later in the novel, as the reader is not given a timeframe in which to place them. Those events are referred to by the characters during the story, but they are never fully explained since they are common knowledge for them, so the reader has to piece that story together partly by himself, and always with the faintest doubt that he might have misunderstood something.
It’s not hard to piece it all together: Jordan was not going for a mystery, but just depicting the normal reactions of people for whom those events are common knowledge to the point that they don’t really need to be discussed in detail.

The characters are not extraordinarily developed in this first book, but they are still different enough from one another; I strangely could remember all of their names fairly easily – and I’ve not the best memory for this kind of thing. The cast is pretty classic as well: the mage, the warrior, the love interest, three chosen ones of which one doubles as the comic relief, and so on. Even so, they were still interesting to follow if not always exciting; and I like the idea that even in the dark times the protagonists are living in, there are still good people in Jordan’s world. Not everyone is out to get the protagonists; for each “bad” person, there’s a kind stranger somewhere. Again, it was somewhat refreshing, which is not something I expected to say of a book classified as “classic” fantasy and published thirty years ago.

The world-building is where the book really shines. It’s clear that Jordan has spent a lot of time detailing his world, both for the history and for the variety of places and people. Some places are clearly inspired by east asian cultures, while others feel more like middle-age Europe. I look forward to explore more as I go on with the series.
The concept of the Wheel of Time itself is really interesting, and reminiscent of the idea of the circularity of time, and history repeating itself. People’s lives are threads in a bigger pattern and, from time to time, some people are born whose threads are like catalysts, and they have the ability to pull the weave one way or another – and the lives of the people surrounding them together with it.

The magic system is interesting as well, not so much for being new in itself but for what Jordan does with it. Magic is called the One Power and derived from the True Source; it’s split in two currents, a female one and a male one, and the wielders are called Aes Sedai. The male half of the power was tainted ages ago and caused an event called the breaking of the world, when basically all the male Aes Sedai went mad at the same time and wreaked havoc on the world. Every man born with the ability to channel the power is now either killed or gentled – a process that prevents them from feeling and touching the Source, but at the same time leaves them as shadows of their previous selves. Most of them take their own life or just wait passively for death.

This situation leads to a lot of suspicion towards the female Aes Sedai, and even more towards those men who wield the Power and manage to amass some kind of following. Those individuals are often referred as False Dragons and believed to be at the service of the Dark One, who has been exiled to a corner of the map but is slowly stirring free.

One thing I was not expecting is the writing style. While it does its job more than decently, I wouldn’t call it excellent by any means. It’s functional for the story it’s trying to tell. The author tends to talk at length about clothes and food and buildings and scenery, and he loses himself a bit with descriptions in general. When it’s not the author, is one or another of the secondary characters who starts talking about historical events in details.
While it’s an effective way to paint the picture in the reader’s mind, it slows down the pace considerably at times. Combined with the repetitiveness of the plot in the first half, this should have made for a really boring book, but somehow I never really felt bored. I guess I really was in the mood for something like this.

So, this are my general thoughts about the first volume in the Wheel of Time! It’s a very classic fantasy book, with plenty of tropes and a few interesting ideas; most of all, it opens the way to a really complex world and I can’t wait to see what is going to happen next. Hopefully I will be able to complete the series by the end of the year, but… Yeah, no promises.